We are thrilled to welcome Steve Renouf as ADEA’s first Ambassador! 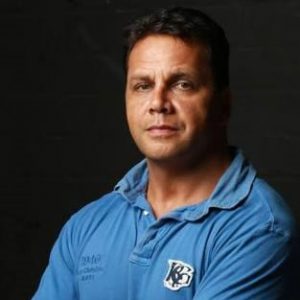 Steve spoke at our World Diabetes Day event, as we officially announced his Ambassadorship, explaining why Diabetes education is important to him.

‘I’d like to say thanks for the privilege from ADEA for asking me to be one of your Ambassadors.

‘For me it is very important, obviously.

‘Having diabetes for the last 27 years – and I have five children with it – Diabetes Educators have been the number one support system that our family have relied on.

‘So for me to be a part of the team, I’m very honoured and privileged…thank you very much.’

Steven “Pearl” Renouf is an Australian former professional rugby league footballer who played in the 1980s, 1990s and 2000s. He was known as one of the sport’s greatest centres.

Renouf set numerous records for the Brisbane Broncos club. After spending eleven years with Brisbane, which yielded four premierships, he left Australia to play for English club Wigan Warriors, where he spent two seasons before retiring.

You can watch and comment on Steve’s video message.